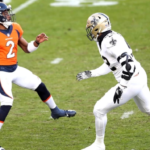 One NFL Game makes Dan thinks the competitive balance in the NFL is at stake and the league failed to do the right thing when they forced the teams to play Sunday. Dan Patrick says there is plenty of blame to go around for the coronavirus issues the NFL is currently facing and it was extremely embarrassing for the league to have the NFL, when the Denver Broncos played … END_OF_DOCUMENT_TOKEN_TO_BE_REPLACED 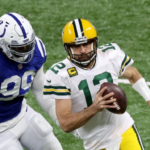 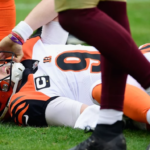 Joe Burrow and his season ending Knee Injury prove why overexposure is a bad thing. Dan Patrick goes into more detail. Dan Patrick is disappointed for Bengals QB Joe Burrow. Whom Dan thinks was your likely NFL Rookie of the Year. As Burrow his awaits season ending knee surgery. Dan blames the coaching staff for allowing Burrow to have the most passing attempts in the … END_OF_DOCUMENT_TOKEN_TO_BE_REPLACED 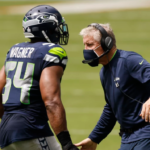 Seattle Defense brings the Seahawk's closer to becoming NFC West Champions. Thursday Night's game shows that Carlos Dunlap knows what he's doing. Can they maintain the top spot in the NFC West? The Seattle Seahawks took over first place with a close game in the NFC West on Thursday night. After a thrilling 28-21 victory over the Arizona Cardinals. Seattle's defense, … END_OF_DOCUMENT_TOKEN_TO_BE_REPLACED 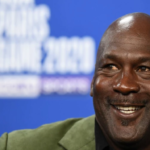 Jordan vs Ball, Lavar Ball said he could beat Jordan 1-on-1 in the past. Now that LaMelo Ball has been drafted to the Hornets, will we finally see that happen? Dan Patrick is entranced by the prospect of LaVar Ball vs. Michael Jordan after the Hornets drafted LaMelo Ball. LaVar once famously claimed he would beat Michael Jordan 1-on-1 and, now that his son is playing … END_OF_DOCUMENT_TOKEN_TO_BE_REPLACED