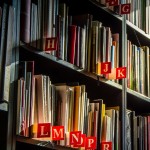 An Aurora man already banned from libraries in Naperville, Wheaton and Glen Ellyn for improperly touching women's feet now is in custody after being accused of doing the same thing in Warrenville. Omar Carlton, 44, of the 1000 block of 5th Avenue, is charged with aggravated battery in a public place after authorities said he touched a woman's feet on April 20 while at the … END_OF_DOCUMENT_TOKEN_TO_BE_REPLACED