NFL ref Bill Vinovich was the head of the NFC Championship Game officiating crew whose controversial pass interference no-call became the biggest story of the game, and one Saints fans still haven’t gotten over. Questions about the call dominated the sports news cycle for an entire week, and also followed Vinovich to his second job as an NCAA hoops ref.

During last Thursday’s St. Mary’s/BYU game officiated by Vinovivh, some members of the BYU student section tried to ask him about the now-famous no-call, but he – probably smartly – refused to discuss it.

You know you’re in the middle of a major controversy when it follows you to Provo, Utah. Watch the exchange here.

Bill Vinovich when asked if it was a pass interference – “I don’t wanna talk about that stuff” pic.twitter.com/1rz4IpiKMn 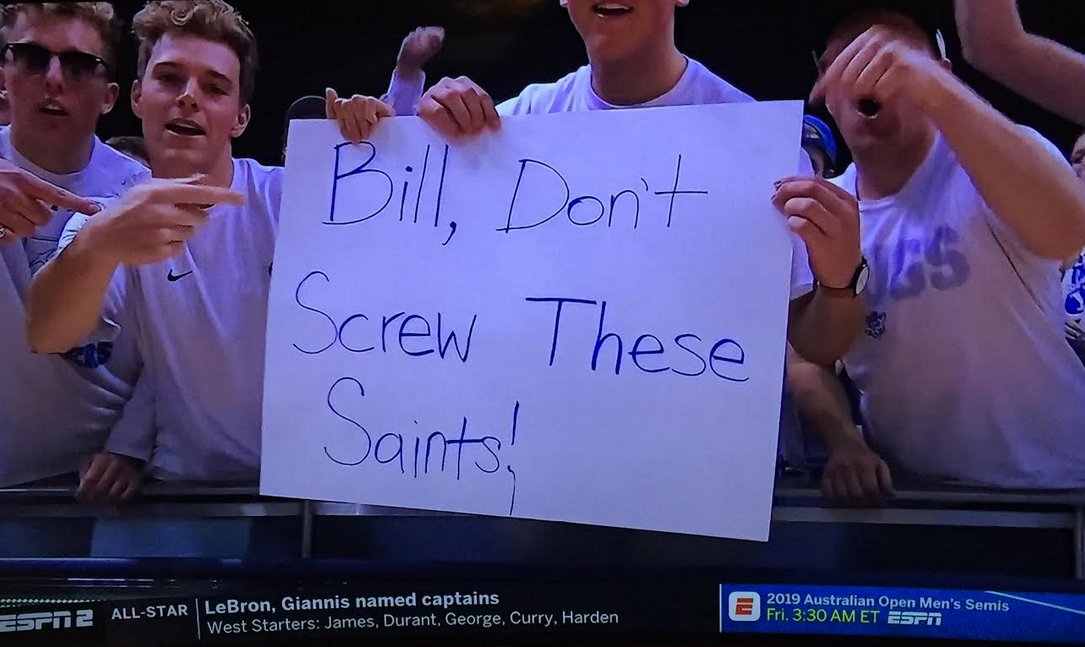