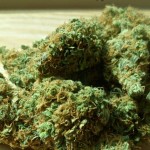 A Chicago man has been charged with cannabis possession after police found 500 pounds of the drug in a building in unincorporated Naperville. Naperville police detectives executed a search warrant at the location. Approximately 500 pounds of cannabis with an estimated street value of more than $2 million was recovered. Read more about the arrest at Patch.com … END_OF_DOCUMENT_TOKEN_TO_BE_REPLACED