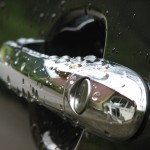 The Naperville Police Department has a simple tip for those who have been a victim of car burglaries and those who want to avoid becoming one. Lock your doors. As temperatures rise each summer, so do the number of motor vehicle burglaries committed in town, Naperville police said. In fact, burglary to a motor vehicle is one of the most common crimes in Naperville and … END_OF_DOCUMENT_TOKEN_TO_BE_REPLACED