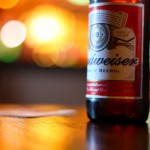 An Illinois State Police trooper found himself on the other side of the law after he was sentenced to a year of court supervision for driving under the influence while on duty. Trooper Paul A. Zurn, 34, pleaded guilty April 11 to the Aug. 22, 2015 incident. Prosecutors say Zurn responded to a call of a minor traffic crash on westbound I-88 near Farnsworth Avenue. Zurn was … END_OF_DOCUMENT_TOKEN_TO_BE_REPLACED