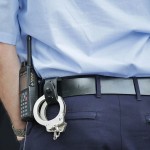 Nearly 150 citations were given when local police departments joined together to conduct a safety initiative along the Route 59 corridor. During this detail, officers concentrated their efforts on speed, distracted driving and occupant restraint violations as well as other safety violations noted during the course of the initiative. During the mobilization, the participating … END_OF_DOCUMENT_TOKEN_TO_BE_REPLACED