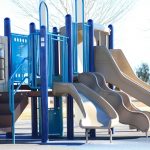 The Village Council originally approved a proposal to construct the five-story, 89-unit apartment building at 5100 Forest Ave. in August 2015, and heard the pleas of Holladay Properties Vice President Drew Mitchell during its July 19 meeting. Mitchell said progress was slow but steady through the past three years since acquiring the property, which he said had … END_OF_DOCUMENT_TOKEN_TO_BE_REPLACED 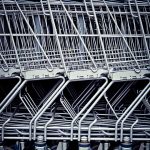 City of Wheaton officials on July 18 debated Aldi's plans to install a larger monument sign in front of its store as part of an expansion project. Aldi proposes to build a 3,300-square-foot addition on the east side of the store at 20 W. Loop Road that would allow the store to sell more retail products to meet consumer demand. The store was built in 1991, and the … END_OF_DOCUMENT_TOKEN_TO_BE_REPLACED