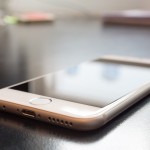 An Elmhurst resident found a Sprint iPhone 5S on April 29 inside a package addressed to him, though he hadn't ordered a new phone. The person contacted Sprint, which said someone opened an account using his name, address and social security number, according to Elmhurst police. Read more about the theft at Patch.com … END_OF_DOCUMENT_TOKEN_TO_BE_REPLACED