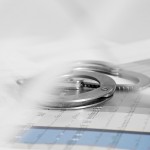 Elmhurst police were called to Jewel Osco for reports of a woman aggressively asking people for money in the parking lot. Police found Brandi J Dorn had been served a No Trespass Order in May 2015. Dorn was arrested, charged with criminal trespass to property and released on bond.   Find out more about the arrest at Patch.com. … END_OF_DOCUMENT_TOKEN_TO_BE_REPLACED