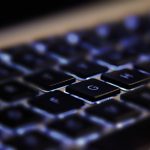 Grant Muren's internet searches regarding the film "The Bourne Supremacy" may be relevant in his upcoming murder trial but searches involving several pornographic terms and themes are not, according to a DuPage County judge. Prosecutors argued during a Wednesday morning hearing that the Naperville man's search history, which included inquiries about "homosexual sex with … END_OF_DOCUMENT_TOKEN_TO_BE_REPLACED