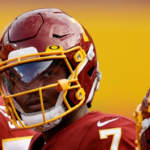 Dwayne Haskins did himself no favors on Sunday after his in-game performance. Clay Travis is reacting to what was a pretty terrible week for Washington quarterback Dwayne Haskins. Earlier in the week, Haskins was shown at a stripper party, with no mask. Then the picture made it's rounds on social media. Clay believes that the decision by Haskins, who hasn't … END_OF_DOCUMENT_TOKEN_TO_BE_REPLACED 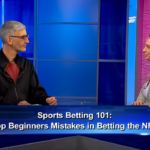 NFL Betting Tips and Top Beginners Mistakes in Betting the NFL in our Sports Betting 101 series for the new sports bettor direct from the WagerTalk TV Studios in Las Vegas as host Kelly Stewart talks with sports betting expert Teddy Covers and go over basic tips when betting the NFL.     Sports Betting Explained (basically a Sports Betting How To) … END_OF_DOCUMENT_TOKEN_TO_BE_REPLACED 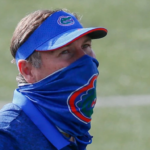 The Shoe that cost Florida their game against LSU perfectly encapsulates the 2020 College Football season.  The college football season is nearing its end, and this past Saturday provided us with some crazy drama. Florida was more than a 3 touchdown favorite against LSU, and they lost on a 57 yard field goal at the end of regulation. Clay Travis is joined by Joel … END_OF_DOCUMENT_TOKEN_TO_BE_REPLACED