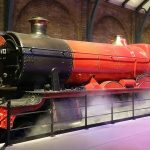 Local medieval event space Adventure Realm will host a special birthday party for fictional wizard Harry Potter on July 31, according to a news release from the business. The game is played in the facility’s 20,000-square-foot medieval kingdom where guests go on quests and adventures alongside their magic wand, interacting with more than 150 special effects along the … END_OF_DOCUMENT_TOKEN_TO_BE_REPLACED