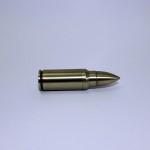 Elmhurst police are investigating an April 28 incident at Lincoln Elementary School in which a small caliber bullet was found in one of the bathrooms, according to a city of Elmhurst news release. Lincoln Elementary School was under a soft lockdown until 10:32 a.m. April 28 while a search was being conducted by police. During the soft lockdown, instruction continued as … END_OF_DOCUMENT_TOKEN_TO_BE_REPLACED