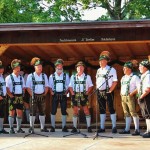 A reward of up to $1,000 is being offered for information leading to the arrest of a man wanted for burglary of a Nail Salon in Naperville. According to Naperville police Video surveillance footage showed the alleged burglar was a white man wearing a lederhosen costume, police said. Find out more information at Patch.com. … END_OF_DOCUMENT_TOKEN_TO_BE_REPLACED