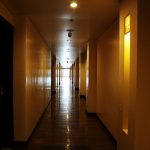 A Wisconsin man has died after being found unresponsive in the Hyatt Lodge Hotel in Oak Brook, according to an Oak Brook Police Department news release. The Oak Brook Police and Fire departments responded at about 5:40 a.m. Aug. 15 to a call of an unresponsive subject in a guest room at the hotel, 2815 Jorie Blvd., the release stated. The subject has been identified as … END_OF_DOCUMENT_TOKEN_TO_BE_REPLACED