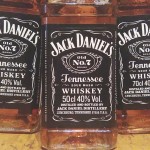 Three Naperville police officers escaped injury last week after a reportedly drunk and despondent man fired at least one bullet from a handgun while speaking to them outside his house in the city's West Highlands neighborhood, according to court records. Find out more about the arrest here. … END_OF_DOCUMENT_TOKEN_TO_BE_REPLACED