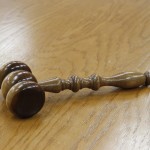 DuPage recorder candidate Moon Khan is suing county election officials to find out once and for all if his write-in campaign generated enough votes to secure the Democratic Party's nomination. n a lawsuit filed this week against the DuPage County Board of Election Commissioners, Khan is asking a judge to order a recount of the write-in votes cast in the March 15 Democratic … END_OF_DOCUMENT_TOKEN_TO_BE_REPLACED