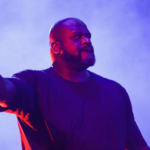 Shaq joins Dan and the Danettes weighs in on the current NBA season. As well as his own storied career and the legends he faced on the court. Naismith Hall of Famer and NBA Legend, Shaquille O’Neal joins Dan Patrick on The Dan Patrick Show. He talks about his beef with Cody Rhodes and his upcoming appearance in the AEW wrestling ring. Shaq says he respects the … END_OF_DOCUMENT_TOKEN_TO_BE_REPLACED