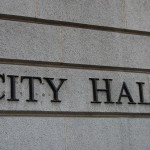 Naperville should consider the forced annexation of unincorporated Naperville Township if township Highway Commissioner Stan Wojtasiak rejects the city's proposal to take over maintenance of the township roads, Mayor Steve Chirico said Tuesday. "Naperville's always had a very passive policy on (forced annexation), but if we can't get this done maybe it's something we should … END_OF_DOCUMENT_TOKEN_TO_BE_REPLACED