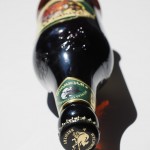 An 18 year old was arrested May 3 after he reportedly hit a person on the head with a glass beer bottle during a home burglary. The victim told police he opened his bedroom door around 2:10 p.m., and he was struck with a bottle, according to Elmhurst police. When the victim's father ran downstairs, the burglar ran away. Read more about the Burglary over at Patch.com … END_OF_DOCUMENT_TOKEN_TO_BE_REPLACED