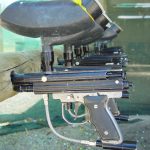 Gerald Norris told Judge Brian Telander he's a changed man. And, the 21-year-old said, if Telander showed mercy in sentencing him for his third felony as an adult, he would never again do anything that would land him back in jail. But after reviewing the Aurora man's extensive criminal history and a two-minute video of his armed robbery of a Naperville convenience store last … END_OF_DOCUMENT_TOKEN_TO_BE_REPLACED