Listen to Outkick the Coverage with Clay Travis LIVE in Chicago weekdays from 8a-11a on AM 1530 WCKG. In Oak Brook, Elmhurst and Hinsdale on 102.3 FM, or online anywhere on the free WCKG app or the iHeartRadio App. 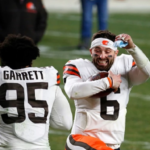 Ranking the winners from this weekend's NFL game shouldn't be too hard. The Cleveland Browns came out in full force to impress the Outkick Crew. Clay Travis is reacting to what was an unbelievable weekend of NFL playoff action. There were three games on Saturday, and three more on Sunday, and now the Divisional Round is set for next week. With 6 teams moving on, … END_OF_DOCUMENT_TOKEN_TO_BE_REPLACED 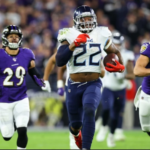 Wild Card games start this weekend in the NFL. So Clay along with the Outkick crew go over which games you should watch!       The playoffs are finally here in the NFL, and this year's Wild Card weekend will be better than ever. This season, there are 7 teams that made the playoffs in each division, so instead of getting 2 games on Saturday and … END_OF_DOCUMENT_TOKEN_TO_BE_REPLACED 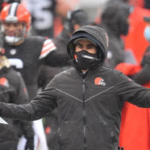 Remote coaching has been coming up more recently due to Covid tests. Could this be something we see outside of Pandemics in the future?       It's Wild Card week, and there are COVID issues for the Cleveland Browns. The Browns have finally ended their playoff drought, and now they are likely to be without numerous people for their game this … END_OF_DOCUMENT_TOKEN_TO_BE_REPLACED 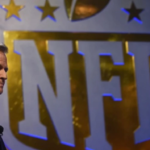 The NFL completing a season through this Pandemic was no small feat.       The NFL regular season is over, and Clay Travis is tipping his cap to the NFL completing the season. As well as Roger Goodell for that accomplishment. This year has been a year filled with numerous hurdles and obstacles as we all know. The fact that they were able to play … END_OF_DOCUMENT_TOKEN_TO_BE_REPLACED